A mere 75 years ago, around 156,000 Allied forces landed along the Normandy coast in northern France. This event is still remembered as one of the most impressive operations of the Second World War.

Codenamed “Operation Overlord”, the battle to liberate Western Europe from Nazi occupation began on the 6th of June 1944. That date became known as D-Day, the day that started the end of the Second World War.

The Allies consisted of two million troops from over 12 countries. There were Americans, British and Canadians. Forces from as far away as New Zealand and Australia. Then there were those from occupied countries, such as the Dutch, Belgians, French, Czechs, Greeks, Norwegians, Polish and Rhodesians (present-day Zimbabwe). And one mustn’t forget the brave resistance fighters risking their lives behind the scenes in the occupied countries.

Despite this mix of nationalities and languages, these brave forces had one common goal: liberate Europe from an evil dictatorship. Men and women driven to give their all to ensure that people would once again live in freedom.

On that auspicious morning, around 156,000 American, British and Canadian forces landed on five beaches along a 50-mile stretch of the coast of Normandy in France. The German army was strategically placed on cliff tops. They could fire at the beaches from behind concrete bunkers and walls whilst the Allies were landing.

The odds seemed stacked against the Allies. 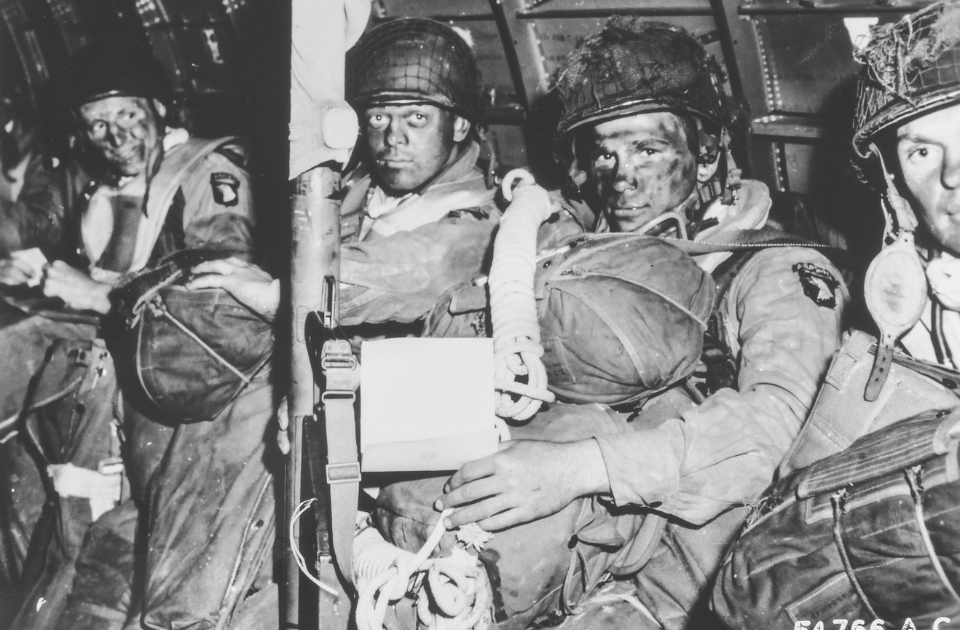 This incredible invasion was possibly the largest amphibious military assault in history. Still, today it’s hard to imagine that Operation Overlord took two years to plan. But it took calm minds to wait for the right moment.

With the Allies gathering in the UK for training, Hitler knew the possibility of invasion along the northern coast of France was a serious threat. He put Rommel in charge of defending the coastline and finishing the Atlantic wall. This was a 2,400-mile fortification line of bunkers, landmines and obstacles the Germans were building. It stretched from the North Cape in Norway to the Pyrenees at the French-Spanish border.

Meanwhile, an enormous operation was underway across the water to plan the invasion right down to the last detail. For two years, various activities took place across Britain, from training to logistics.

Imagine different locations in Britain full of people working towards the same aim. Most didn’t know when or where the invasion would happen. That needed to be kept top secret. But they knew they were part of a critical mission and worked night and day to do their bit, however small or large that might be.

On the one hand, there was the gathering, training and equipping of troops from 12 different countries—standard-issue canvas bags needed to be produced, as well as pocket knives, dog tags and enamel mugs. All items that have since been immortalised by the heroes who used them first had to be produced and distributed.

Behind the scenes, a civilian army of workers was assisting. Some were building harbours for the landing; others were calculating the fuel that would be needed. The media sent out propaganda to cheer on their own people, whilst some were also fooling the enemy.

One of the icons of WWII is the Willy jeep. The Americans had been mass-producing it since 1941 to serve as the main lightweight wheeled multi-role vehicle used by the Allies. How were they going to be transported to France?

The Sherman tank was in constant refinement. Learning from previous battles, it was improved to the point where the tanks that drove up the beaches of Normandy were a far hardier beast. It was created so it could “swim” the last few metres from the launching craft to the shore, and that needed planning.

The hopes and dreams of millions lay in the hands of those preparing to undertake a perilous and unknown journey. 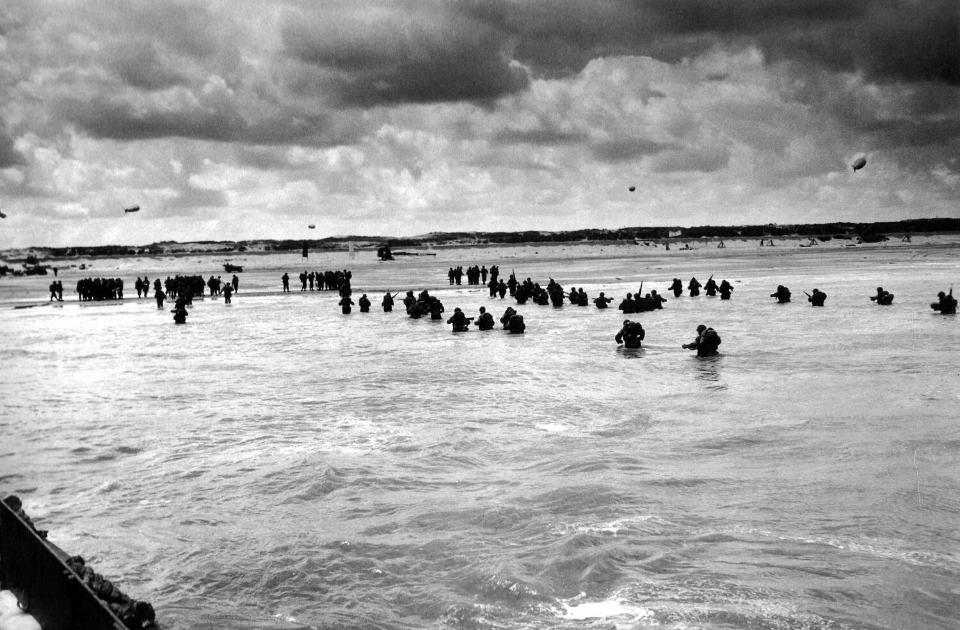 In January 1944, the American General Dwight Eisenhower was appointed commander of Operation Overlord. Until D-Day, the Allies carried out an enormous deception operation intended to divert the German army away from the actual target. They made it appear that the planned invasion location was Calais or even Norway.

They used fake equipment, a phantom army commanded by General Patton, double agents, and fraudulent radio transmissions. They parachuted dummies and built inflatable tanks to divert the enemy from the actual location.

The day for the invasion was set for the 5th of June, but bad weather caused a delay. The ideal timing was a full moon with a spring tide so troops could land at dawn when the tide was halfway in. There are only a few days in which this is possible. Added to this small window, there needed to be no mist impairing visibility and not too much wind.

There was a tense 24 hours, waiting to see if the weather would offer favourable conditions the following day. Meanwhile, the 19th and 20th of June were also considered, as the moon would again offer favourable conditions. Fortunately, the Allies decided not to delay as the storm of the century was to pass through northern France on those dates. Even the 7th of June would turn out to be too windy and wet.

The American meteorologists believed the bad weather on the 5th of June would continue. But the British read the weather differently and managed to convince Eisenhower to give the go-ahead to start Operation Overlord.

It turned out that the inclement weather just before and after D-Day was a bonus. The American meteorologists were not the only ones convinced the weather would hamper an invasion. Their counterparts in Germany predicted the same. They were so convinced that Rommel felt he could safely afford to take a short leave home for his wife’s birthday. It would seem like luck was with the Allies. 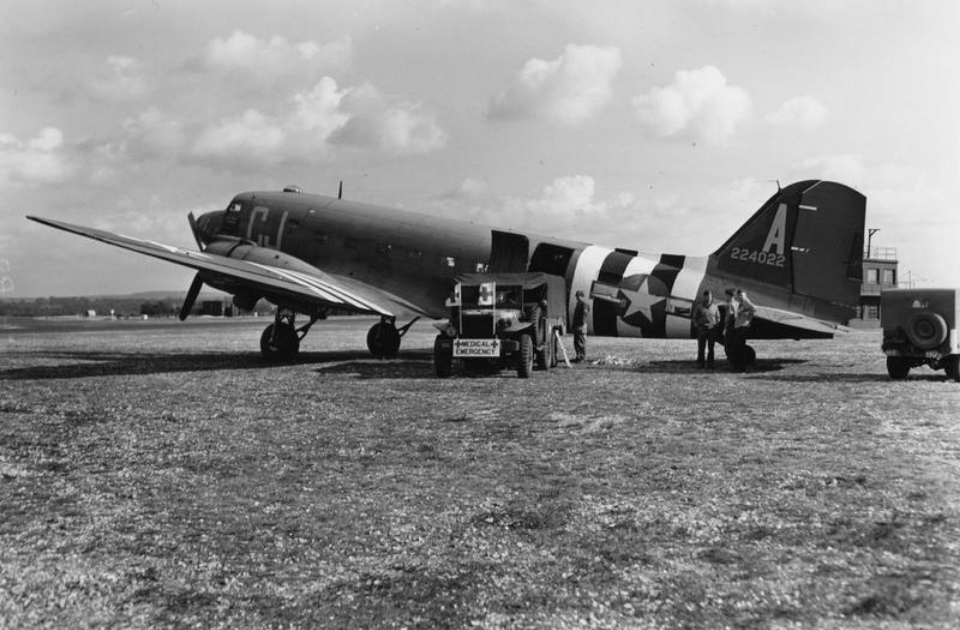 THE EYES OF THE WORLD UPON YOU

As the clock ticked into D-Day, Eisenhower spoke to the troops: “You are about to embark upon the Great Crusade, toward which we have striven these many months. The eyes of the world are upon you.”

At just after midnight, more than 5,000 ships and landing craft carrying troops set sail across the English Channel to France. At the same time, over 10,000 aircraft were prepared to fly after them and provide air cover.

Approximately 20,000 paratroopers landed behind enemy lines that night. Their mission was to secure the bridges and exit roads to impede the Germans and offer cover to their comrades arriving by water.

Imagine the skies between England and France full of C-47 Skytrain / Dakotas winging those paratroopers to their rendezvous with destiny. Or one of the most agile fighters in the sky, the Spitfires, preparing to act as spotters, identifying enemy locations for the ships to target.

Imagine the trusted Sherman tanks landing in the sea in the early hours of that morning. How scared their crew must have been as they hoped the swimming tank they were encased in would make it to the beach. Knowing that if they didn’t clear a hole through minefields and barbed wire, then the invasion would fail. An expectation they rose to meet with gusto.

The beaches codenamed Gold, Juno and Sword were captured by the British and Canadians with only light opposition. The same was true for the Americans at Utah Beach.

The biggest challenge was Omaha Beach, where the air and sea bombardment missed their target. Many a brave American was lost that morning, as the cemetery in Colleville-sur-Mer bears witness with its 9,300 military graves.

But, despite such losses, by the end of the day, some 156,000 Allied troops had landed on the beaches of Normandy. The Allies had a foothold on the continent. 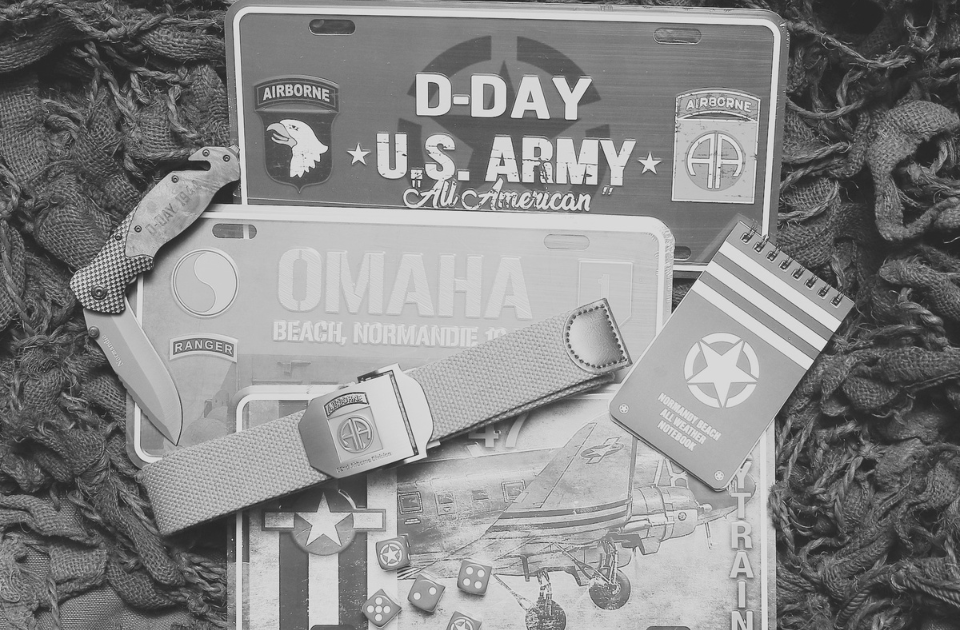 FACING OFF AGAINST EVIL

The success of this day has often been pondered. How did the Allies defeat the more strategically placed enemy?

There is no one answer to that question. One aspect can be attributed to wrong leadership decisions. Alongside Rommel being absent at just that moment, Hitler also made wrong decisions. Bizarrely, as he was asleep when the Allies landed, and none of his Generals dared to take action without his permission nor dared to wake him.

It was 10:00 before he woke up, and then he thought the invasion was a tactical manoeuvre to distract the Germans from the real invasion. He expected it to come north of the Seine River. He, therefore, refused to release more divisions to join the counterattack.

When he eventually realised it was the expected invasion, he was excited. That’s how convinced he was that Germany would easily defeat the Allies.

When reinforcements were eventually called upon, they were far away, which caused considerable delays. The Germans were impeded by the effective Allied air support, such as the US 101st Airborne Division. These brave men had taken out many key bridges, which forced the Germans to take long detours, delaying them even further.

On the other side of the beaches, the Allied navy did their bit from the sea to protect the advancing Allied troops.

But perhaps it was the collective spirit of the men looking fear in the face and daring to fight evil with freedom that won the day.

It would be months before these heroes had fought their way across Normandy. Weeks battling fierce German resistance. But by August, they were ready to liberate France and, from there, the rest of Europe. 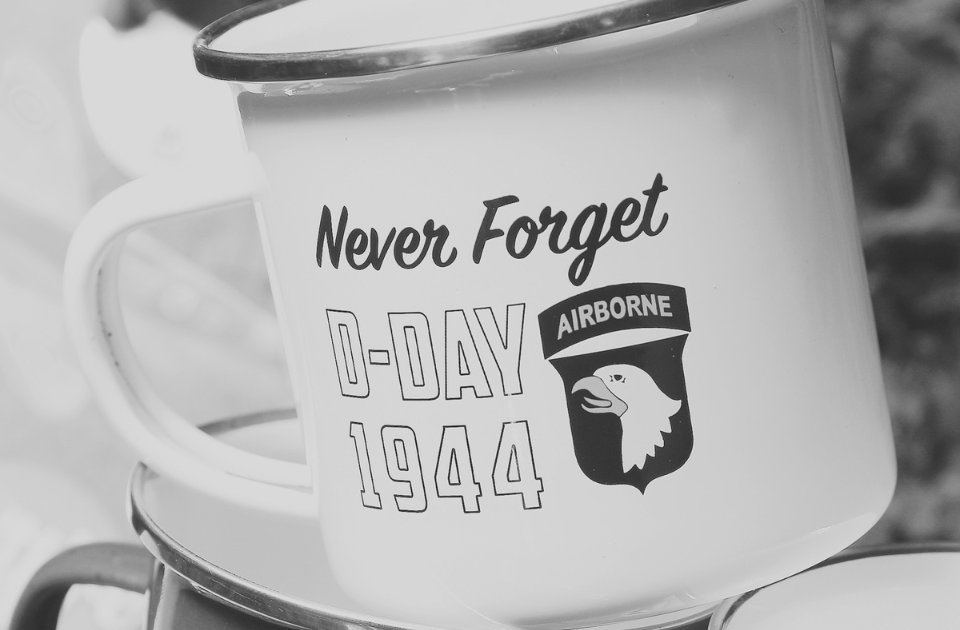 We honour these brave heroes of the Second World War. We proudly wear and use replicas of the items they would have used—canvas bags with the US army star, T-shirts with the Allied star or the Willy Jeep.

In our collection, we have patches depicting a Spitfire or a Sherman tank. We have created a beautiful scale model of the iconic C-47 Skytrain / Dakota D-Day version with invasion stripes. We have D-Day baseball caps and enamel mugs, and Mustang pocket knives. Visit our Fostex WWII series to see the array of memorabilia we have to commemorate this important date.

Would you like to join us in remembering and honouring those who fought for liberty and the crucial events they immortalised? We would be pleased to speak to you about dealership opportunities. Don’t hesitate to get in touch with us on.